Community-Owned Business: How Citizens Are Filling Local Needs Through Shared Vision and Investment

What Is a Community-Owned Business?

Community-owned businesses (COBs) include a range of business types and structures that share the common feature of being financed and owned solely by local residents. Their formation often is sparked by major unmet needs locally where the prospect of those needs being filled profitably by an individual entrepreneur is minimal. While COBs provide much promise for urban neighborhoods, they’ve started most frequently in rural areas where large chain grocers or “superstores” some distance away have driven out small-town grocers or merchants and left residents with no place in town to buy necessities. Not surprisingly, a majority of these stores have sprung up in states where winter storms can isolate residents and create dangerous shortages or compel trips on hazardous roads.

Sourcing from local farmers and entrepreneurs is one way community-based businesses have a positive impact on our local economy. Pictured: Main Market Coop in Downtown Spokane.

While a local entrepreneur is unlikely to try competing in such circumstances, community ownership can be a game-changer because it shifts people’s consciousness. Shopping decisions no longer are merely a choice between leaving town to the big store vs buying locally, it creates the opportunity for residents to buy from their own store.

A COB is defined by local residents investing money or buying shares in order to fund the start-up and operation of the enterprise. Generally, the number of shares each individual may purchase is limited to prevent any one person from having too much power. Community-owned stores have the additional benefit of tending to favor buying local products (and can write such preferences into their mission), which recirculates money throughout other local businesses and builds local wealth.

What’s the Difference Between Community-owned Stores and Cooperatives?

Community-owned stores are open to everyone (including residents who do not own shares in the store), but shareholders split any profits. Cooperatives are operated primarily to benefit members (most grocery coops also serve non-members, but may charge more to non-members) and may not focus on generating profits. Community-owned stores could prioritize profits (depending on their bylaws) and typically will pay dividends to shareholders if profit is generated. For more comprehensive information on cooperatives click here.

Joshua Bloom, who has blogged on this topic, identifies four broad structures of community-controlled business:

To learn about the hundreds of traditional member-funded grocery coops, see National Coop Grocers and the Cooperative Development Institute for more on grocery coops.

Closed or Unsuccessful COBs (for which we have information)

Powell Mercantile in Powell, Wyoming, closed in 2016 after more than a decade in business. See news coverage from 2002 and 2004.

The Bee’s Knees in Morrisville, Vermont closed in 2015 after 12 years in business.

Claire’s Restaurant and Bar in Hardwick, Vermont closed in 2014 after 6 years in business.

In Greenfield Massachusetts, a planned general store failed to meet its fundraising goals and organizing ceased in 2011 (story here).

Thanks to Amy Campbell Bogie, who researched and interviewed many of these businesses as part of her Bard (College) MBA in Sustainability.  AMIBA is seeking funding to establish a Center for Community Ownership to enable and promote these models as tools to solve problems on a local level and increase community wealth. The Center will identify best practices, common challenges, and resources for the creation of community-owned businesses that can be disseminated to communities nationwide. Contact us to learn more or get involved. Amy now is a fellow with the National Coalition for Community Capital.and occasionally speaks on community capital for AMIBA.

How to Feed the Masses in Small-town America September 2016

How to Launch a Community-Owned Store 2012 (pdf)

Communities Create Their Own Stores May 2005

This page always will be a work in progress. If you know of examples to add in any category (including failed attempts), informative links, or suggestions, please tell us!

Centre for Co-operative and Community-Based Economy

Community Owned Pubs are on the rise in the UK 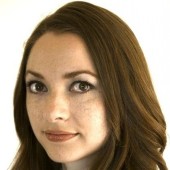 Find out what 600+ businesses already know: the value of Living Local.